5 Lessons Learned from the Greatest Generation 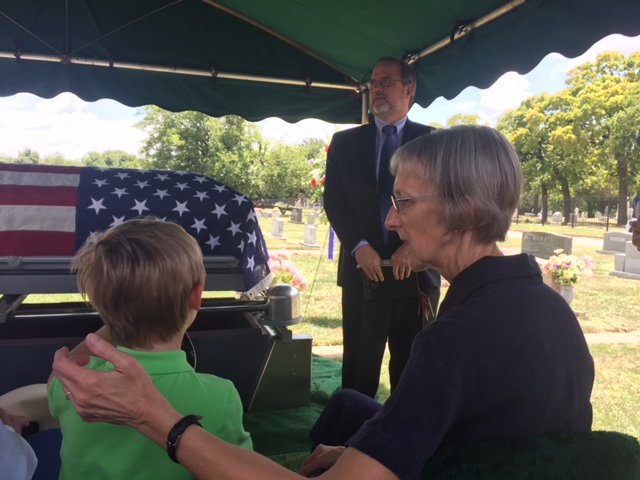 My husband’s beloved grandfather, Pappy, died this month at the age of 92. His death was completely unexpected. People find that hard to believe, but it’s the truth.  We expected him to make it to Age 100. He was still driving a car, active in his community, and living alone in his own home on his own property. That was the way that he wanted it. His biggest fear was to ever live in a nursing home. God blessed him immensely that he literally lived well up until the day that he died.

Pappy was part of the Greatest Generation and a WWII veteran.  As a child, he and his parents persevered through the Great Depression and then as a young man he fought to defend our country’s freedom from the Nazi regime. He did so willingly. He fought for freedom, which is not free.

We have made tremendous strides in our society since those days, especially regarding civil rights and technology, but we are losing a great deal of those core values that made this particular American generation worthy of greatness. According to Tom Brokaw’s Book, ‘The Greatest Generation,” these are the top 5 things we can learn from them to help strengthen today’s society.

We live in the age of blame. If we can’t find someone at fault for our trials and tribulations, we will just invent something. It is a terribly destructive pattern not only for personal growth, but to the national health of the entire country. To be given responsibility is an honor and was seen as such during that time. Great lessons of leadership always start with a deep sense of personal responsibility.

Humbleness and modesty aren’t exactly buzzwords this year. The more flamboyant and attention-grabbing, the better; that’s the mantra of today. It is clearly displayed all over popular culture from television, entertainers, and sports stars. In that day, there was an expected norm of dignity and modesty. Society held itself to a higher standard, and humbleness was at the heart of that. It was about the aforementioned self-sacrifice and what is best for community and country. Our overall behavior norm today could benefit greatly by taking a cue from those before us and humbling our hearts accordingly.

One of the hardest things for a parent to instill in a child today is a hard work ethic. At that time of course, work was not an option. Everyone worked to survive, both personally and as a country. Dad was working sometimes two jobs. Mom was working at a converted munitions factory, and the children were working in all sorts of capacities. They took deep pride in that work as well. Thankfully we are not in a world war today, and technology has lightened the load on citizens to keep the country prosperous and safe. But our blessings have also given us a generation who, as a whole, look at hard work as a punishment. Slothfulness is nearly at epidemic levels. You know what they say about idle hands. Read more in the All Pro Dad resource: 10 Ways to Teach your Child a Great Work Ethic.

We live in a disposable society. Everything is temporary, including our money. In the 30’s and 40’s, everything was saved down to the last penny and the last green bean. To be frugal was the discipline of the day. In the 21st century, we are a consumer-based economy. When war broke out, we were told to go shopping. Imagine how that sounds to the Greatest Generation? We fill our lives with one temporary gadget to the next, and it all goes so fast there is no need for a repairman anymore. Just get a new one. Unfortunately, this type of thinking has led to a great deal of personal financial stress in this century. Perhaps prudence calls for saving and endurance?  And taking a step back from a personal and national fiscal cliff.

Is love enough to sustain a marriage? Does loyalty count, or should we constantly be on the lookout for the next green pasture? Is commitment valued in our society, and a man’s word still gold? The difference between the Greatest Generation and the generation of today in many ways comes down to those questions. To see a 50th wedding anniversary in 2013 is almost a spectacle, and not a normal milestone moving into advanced age. For a person to work at one job long enough to earn a distinction of time served is now the exception and not the rule. When is the last time you shook another man’s hand and truly believed his word was gold? It isn’t that our society is not generous, because we mostly all are. We have achieved great things and have much to be proud of. Perhaps the hard times we currently are in are a reminder to us of the things that are truly most important and the values we are quickly leaving behind.  Values the Greatest Generation embodied.

I think it is appropriate that we take a moment this week to remember what our veterans fought for in the past, and continue to defend in the present.  Their sacrifice has allowed us to enjoy the freedom that we have today in the United States. Let’s focus more on what we have in common as citizens of the same country, rather than the color of our skin, our religious preferences, or what one person owes another.  Can I get an AMEN?